This country was the host nation on 2001, staging, according to FIFA, one of the best ever Under 17 World Cups.

Coached by Brazilian Rene Simoes, T&T ‘s squad included several talented players including current Senior Team captain Kenwyne Jones and senior teams goalkeepers Jan Michael Williams and Marvin Phillip. T&T found themselves in a tough group alongside the likes of Brazil who were 6-1 winners, a well as Australia and Croatia. T&T lost the opener 2-1 to Croatia with the highlight of the match being a fantastic individual goal by Nkosi Blackman for T&T.

Under Anton Corneal, T&T would go on to qualify for the 2007 FIFA Under 17 World Cup in South Korea. An early first half goal by Kevin Molino stunned hosts Jamaica in the final match of the tournament, putting T&T through to the World Cup.

In 2019, former Trinidad and Tobago forward and all-time leading goalscorer Stern John served as head coach of the Under 17 Men’s Team for the CONCACAF U-17 Championship and World Cup qualifiers at IMG Academy in Bradenton, Florida in May.

The Trinidad and Tobago Women’s Under 17 Team has a solid history of representation at Caribbean and Concacaf competitions. T&T secured its first victory in FIFA World Cups at the Under 17 Women’s World Cup in Trinidad and Tobago in 2010 with a 2-1 victory over Chile in the opening match.

The current team will contest the CONCACAF U-17 Championship at IMG Academy, Bradenton in 2020.

In the past, T&T participated at the 2010 FIFA Under 17 Women’s World Cup which was hosted here. T&T secured a 2-1 win in the tournament’s opening match against Chile at the Hasely Crawford Stadium.

The hosts scored in each half through Diarra Simmons and Liana Hinds, before Iona Rothfield pulled one back with seven minutes remaining for Chile. T&T suffered losses to Nigeria and North Korea in their next two group phase games.

Our Teams In Action 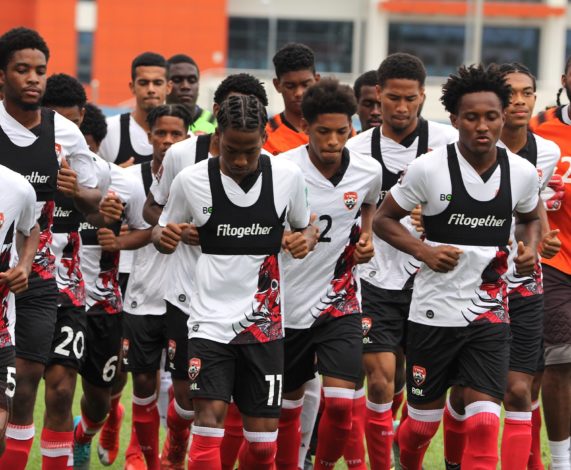