The mandate of the normalisation committee will include the following:

The members of the TTFA normalisation committee will assume their duties with immediate effect and, as per standard procedure, will have to pass an eligibility check. Their confirmation will be contingent upon the outcome of the eligibility check.

The normalisation committee will act as an electoral committee, and none of its members will be eligible for any of the open positions in the TTFA elections under any circumstances. The specified period of time during which the normalisation committee will perform its functions will expire as soon as it has fulfilled all of its assigned tasks, but no later than 24 months after its members have been officially appointed by FIFA.

Affiliated With FIFA Since 1963

The Trinidad and Tobago Football Association was formed on July 23rd, 1908. In the years following the establishment of the TTFA, local infrastructure limitations hindered the growth and development of the game throughout the islands. The poor road network meant that football was restricted to the major urban areas in the north and south of Trinidad. Expatriate workers who taught the game to locals played the game in the oilfields. There was no national team (since Trinidad and Tobago was a British colony), but there was a senior team that represented the colony and played against other teams.

After Independence in 1962, the TTFA was affiliated with FIFA and its confederate member,Concacaf. The growth of the game in T&T kept pace with the development of the national and local leagues which were established at the youth and senior levels, with a secondary schools league being introduced in the 1980’s. By the late 80’s football was the number one national game, with a following encouraged by the nation’s near qualification for the 1974 World Cup, and encouraged by the performances of the national team on the road to Italia 1990.

There is now the Professional Football league, the FA Trophy, national Super League and regional amateur leagues, youth leagues, and the secondary schools league. The 1990’s also saw the ascendance of Trinidad and Tobago to a position of dominance (shared with Jamaica) in Caribbean football, and an ever-increasing number of local players finding positions in clubs in Europe and North America.

A new constitution was adopted in 2015 and can be seen here.

The TTFA is responsible for all regulatory aspects of the game of football in Trinidad and Tobago. The Activities of the TTFA are several and varies across the board. It includes the following:

Working towards promoting the development of the game amongst all ages, backgrounds and abilities in  terms of participation and quality and creating an overall awareness throughout the twin-island Republic. The TTFA aims to promote, foster and develop the game at all levels.

The Inception Of Football

Football was introduced to Trinidad in 1927 by Scottish Born Thomas Boyd who came to Trinidad as a manager. At that time cricket was the most popular sport among the British expatriates, and Boyd discovered that there were no footballs in Trinidad. Boyd was unsure whether or not he could even get enough people to form a football team, nevertheless he wrote to his relatives in Scotland and asked them to send him a football, two bladders and an inflator. When the equipment arrived Boyd was able to get enough people interested to form two teams. Eventually a football club was formed. Later more clubs representing the different strata in society, were formed.

Since its inception in 1927 football has grown in popularity and is played throughout the country. Unlike its early beginnings, the sport now cuts across social and ethnic differences and is just as popular as cricket. Every stratum in society is involved in football. There are many football clubs and leagues for different age groups. Today, Trinidad and Tobago’s national team stands shoulder to shoulder with other football teams around the world. The team qualified to compete in the World Cup 2006.

Getting There 16 Years Later

Trinidad and Tobago buried the ghosts of 1973 and 1979 when it overcame Bahrain to book the final spot for Germany 2006 and became the smallest country ever to qualify for a FIFA World Cup Finals. But T&T’s qualifying history has left many heartbroken before, at least twice in the past. Many were disappointed with the team’s failure to progress out of the 2002 final qualifying round after breezing through the semi-finals and comprising some of the best players ever on paper. But track back to 1973 and 1989 and you will realize that the twin-island Republic has been agonizingly closer to the big stage.

So we tried getting to West Germany in 1974 and came agonizingly close. We narrowly missed out on getting to Italia 1990 16 years later and then a further sixteen years later, three days before the anniversary of the November 19, 1989 1-0 loss to the United States, the towering Dennis Lawrence rose above the rest to head home for a 1-0 win over Bahrain in Manama and send T&T to Germany 2006. What a marvellous achievement by T&T, an accomplishment for all of us to savor for the rest of our lives. Captain Dwight Yorke was in tears moments after the final whistle of the 1-0 win over Bahrain in Manama as were thousands of others among the T&T faithful.

The majority of the 2007 U-17 team made up the Under 20 team which also went on to qualify for the 2009 FIFA Under 20 World Cup in Egypt where it played the host nation in the opening match, losing 4-1. But the Zoran Vranes-coached team held its own to perform creditably in 2-1 loss to Italy in its next game and a 0-0 draw with Paraguay in its final encounter. That point saw the T&T team captained by Leston Paul go one better than the only other Under 20 team to previously qualify for a FIFA World Cup which was in 1991 in Portugal, coached by Bertille St Clair and captained by Dwight Yorke.

T&T welcomed the world again when it hosted the 2010 FIFA Under 17 Women’s World Cup from September 5-25. T&T faced Chile in the opening game, securing a 2-1 victory (goals by Diarra Simmons and Liana Hinds), the country’s first and only win at any  FIFA World Cup, and also met Nigeria and Korea DPR in its other Group phase matches. This has been the only time a T&T Women’s team has participated in a Women’s World Cup but the Women’s Senior Team came to within a win of qualifying for the 2015 FIFA Women’s World Cup in Canada, suffering a narrow 1-0 win at home to Ecuador in the Inter-Continental Playoff after a fine and spirited display at the CONCACAF Finals, previously winning the Caribbean championship during that qualifying campaign.

Enquiries on technical matters can be sent to technical.ttfa@gmail.com 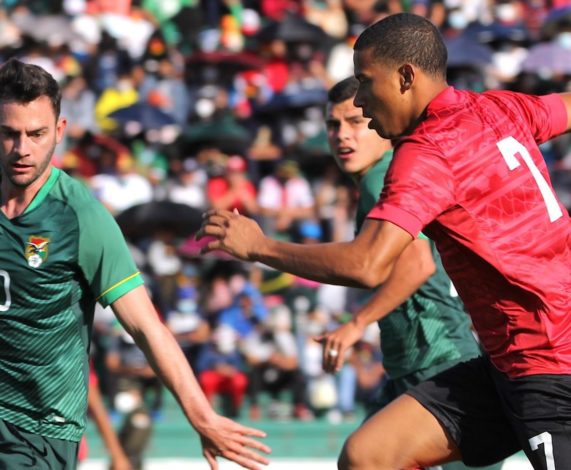 Senior Men go down 5-0 to Bolivia